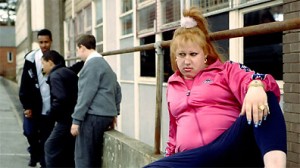 ‘Between the years’ is a German expression for the days in between Christmas and the New Year. It nicely describes the feeling of where I am at the moment. We are not completely over and done with Christmas, but neither are we in the midst of it. The same counts for the New Year. Time to sit back and reflect.

The birth of our baby daughter was the most outstanding event in 2009, if not in the whole past decade. I cannot really say it was the greatest event, as the birth itself has been so bloody awful. But finally having her and holding her for the first time has absolutely blown me away and marked the beginning of an era of great change.

People told me that having a child would change my perspective on life and my feelings towards certain circumstances dramatically; but I only now seem to truly understand what they meant.

They said you’d finally feel grown-up when you have a child. I think I have aged about 20 years in the last eight months. And I am turning into one of those grumpy old women. Whereas I would have leapt over a bit of rubbish on the pavement a few months ago, I now find myself muttering and tut-tutting in dismay as I push the pram through the litter.

I mean, really! Where have all the manners gone?

Hooded teenagers in tracksuit bottoms and fake Ugg boots are the worst. Rubbish-throwing, dog-poo-leaving, in their mobile phones blearing little idiots. They seem to be everywhere, innit!

But the big question isn’t where they have come from, but why do I suddenly care?

I had always considered myself a big city girl, wondering about why people would want to live in the country, next to cows, sheep and nothing but fields. Now, sheep seem to be of great social value, compared to the company Vicky Pollard and her friends could keep me.

Becoming a mum did not change who I am, but how I feel and how sensitive I am about what happens around me. 2009 has been all about those ‘internal’ changes and left me feeling a bit out of place. 2010 will be the year of looking for the place that can accommodate the new me.