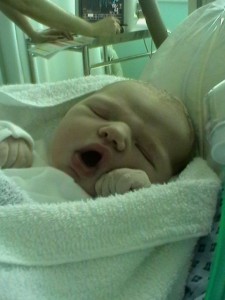 I recently came across the blog of Alice, a 24 year old London mum-to-be. Reading through her entire blog, I was taken back to my own pregnancy. Her worries about the baby not being there any more (stop testing, Alice!), her battle with tiredness and the effect a great dose of hormones can have on you, worrying about dropping the baby once she’s out – it all reminded me of my own pregnancy and how much I used to worry.

Luckily, most of the worries turned out to be for no reason. And as soon as little L was born, I was way too overwhelmed to keep on worrying. If only I could have told myself before what I know now. 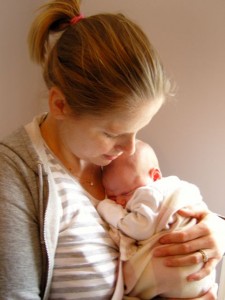 During my pregnancy, I thought I was tired. But nothing prepared me for the tiredness that awaited me during the first months of my daughter’s life. Sleep deprivation plus hormones made a weepy mess of my former optimistic and energetic self. I am surprised there are not more mothers suffering from postnatal depression. When little L was nine weeks old, I was thinking my life was over, I would never ever be able to leave the house again, make plans or sleep more than four hours in one go.

I loved my daughter right from the start. But sometimes I wondered what we had got ourselves into. That life would never be fun again. Those were irrational thoughts, as I know now, but they felt very real to me back then. 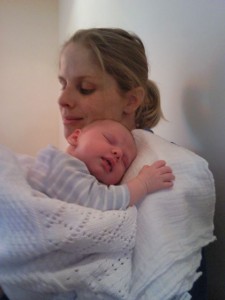 The first three months were painfully exhausting. People keep telling you to cherish this time as it is so precious and special and it passes so quickly. I couldn’t wait for it to pass. I did cherish and adore her, she was so sweet and delicate and tiny. But I was also thankful for every week she got older without any major incidence.

Whenever I saw mothers with two or more children, I imagined they must have been completely drunk or on drugs or both when they decided to go for another one. Why would anyone in their right mind would want to deliberately torture oneself like that? 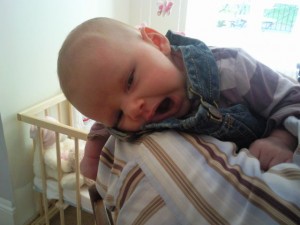 When little L was about six weeks old, silly me listened to the ill advice of a well-meaning breastfeeding ambassador, who misinterpreted every fart my baby let lose as a feeding queue. We went from feeding every three hours to feeding every hour. A classic example of how ‘feeding on demand’ can be misinterpreted.

As ‘on demand’ is very much en vogue, it was near to impossible to get a few simple questions answered. Such as ‘how much milk/sleep/poos does a baby need in 24 hours’. Little L was sleeping during the day and frenzy-feeding during the night. I had enough and ventured out to Boarders (may it rest in peace). That’s how Gina Ford ended on my coffee table. 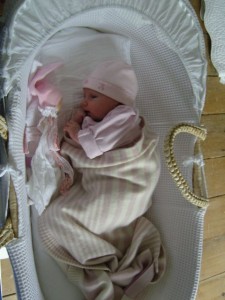 So far I had cherry picked parental advice from the Baby Whisperer and The Happiest Baby on the Block – but none of them made any specific suggestions how to establish a routine. And yes, did I want a routine!

I never followed Gina Ford strictly or took her every word serious. But the general idea worked wonders for us: make sure your baby sleeps well during the day, so she is relaxed enough to finish her meals. Thus she’ll wake less and less during the night, as she isn’t hungry. 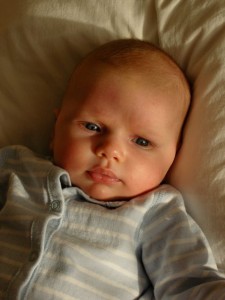 I ignored the recommendation to wake her for a 10pm feed (she’d be fast asleep like a rock, impossible to wake gently), as well as the ‘don’t look at the baby when you leave the room’ (WTF?!) and the order to have a slice of toast and a glass of water at 9:14am precisely.

Little L started to sleep through when she was 10 weeks old. During the day she is still sleeping much more than recommended by Gina Ford for a baby her age, but I am not going to mess with it – apparently she needs it. I found The Baby Whisperer very helpful to read the signs for tiredness/boredom/hunger little L made. 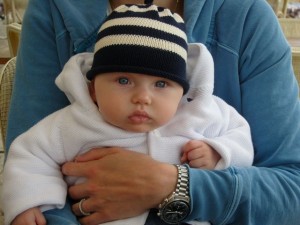 We went on vacation when little L was three months old. Just about time! Big M couldn’t do much regarding the feeding – breastfeeding makes it almost impossible to share this task, especially when you, like me, never warm to the idea of a breast pump. I tried it a few times but couldn’t get rid of the image of a dairy cow wired up to a milking machine. However, Big M carried her around a lot, changed nappies and bathed her, giving me a much-needed break.

Little L turning three months has been a big mark in my perception about how motherhood feels. I started to see light on the horizon. I was far from the idea of getting broody again, but I had a feeling that having a baby actually could mean having a great time, too. 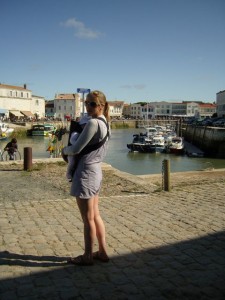 My top tips for surviving the first three months: