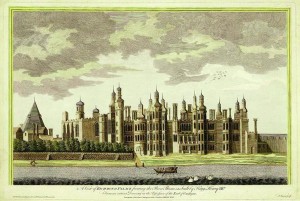 After what feels like an eternity of pondering on where to move and how to prioritise our apparently endless list of needs and demands, we have finally made a decision. We went from ‘let’s move into a big house in the Kent countryside tomorrow’ to ‘let’s move into a sleek apartment in Chelsea Harbour in summer’ to ‘let’s not move until little L has to start school’.

Our (slightly dreamy) list of requirements contains a neighbourhood with a village-y feel to it (think rather Gstaad than Croydon), good local schools, a spacious house, a small private garden, a garage, being close to parks and the river and a few stops on the tube into central London.

Apart from the garage (sorry, Big M!), we have found that place: It’s called Richmond Upon Thames, and yes, the grass is greener on the other side of the Thames. House-hunting season has officially begun!

The best bit about it: as Richmond happens to be a borough of London, I don’t even have to change my blog name.