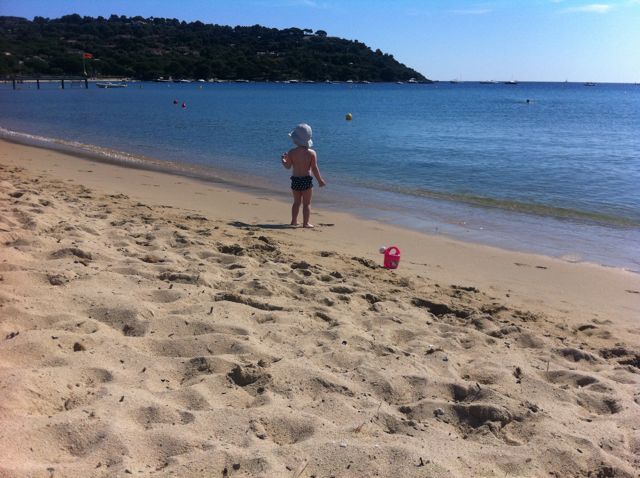 Lots of beach. Little of Internet.

I am still here, down in France, trying to get a dubious little USB stick (how can anything that goes by the name dongle be taken seriously, let alone WORK?!) to provide me with Internet. HAHA. I have been sold the wrong thing for my Mac, having been ill informed by a shop assistant who then refused to take it back. Orange France, I detest you and your frustrated, uptight, women-hating, short man (namely the manager of the Orange shop next to the Géant supermarket in Gassin) whose only power it is and ever will be to talk down to customers. Although, strictly speaking, he didn’t really talk down to me, being so short and all.*

After a lot of fumbling and fiddling, I finally do have access to le net – about twice a day, if I am lucky; for about five minutes each, if I am very lucky. The connection is so slow and unstable that I don’t dare to visit blogs. The sheer size of images would send the wonky piece of plastic into overdrive, forcing me to ‘redial’ even more often than it does now.

The other day, the whole region was without Internet, ‘because of the rain’. BECAUSE OF THE RAIN?? Is Internet in France not waterproof?

I am so ready to go home now. Have a lovely weekend!

*Looking back, I shouldn’t have made the effort to speak French. When Big M went the next day to try his luck, Monsieur le Grumpy Dwarf turned out to be unable to speak a single word of English and had to hand it over to a colleague, who was perfectly nice and even able to help.