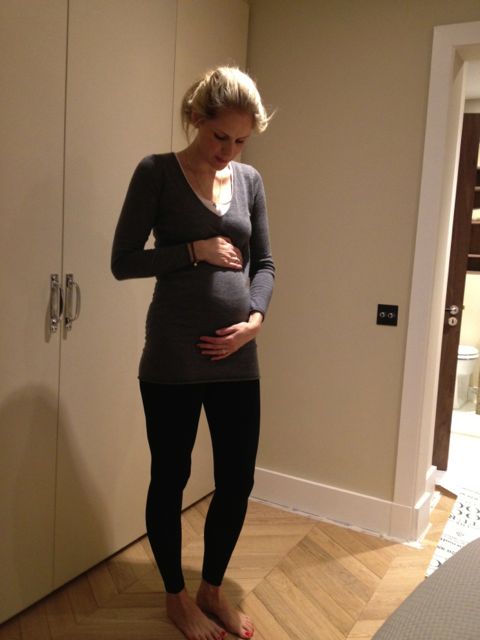 Et voila, it popped out. The bump is here, and although I have only put on four and a half pounds so far (thanks to rotten morning sickness), I feel like 40 pounds heavier than last week. The bump now sticks out more than the boobs (magically grown from an A to a C cup in no time), which thankfully puts an end to looking like I’m the one who ate all the pies.

An anterior placenta – the one where the placenta lies like a cushion at the front of the bump – makes it difficult to recognise the baby’s movements. Which freaks me out a tiny bit, as I was able to feel little L’s eager kicks from a very early stage.

As my clothes get tighter, more and more items are being banned to the far end of my wardrobe. I am trying to hold back and not splash out on maternity clothes just yet. Most likely, my shape will change even more within the coming weeks, and also, being a tiny bit suspicious, I want to wait until after the 20 weeks scan. 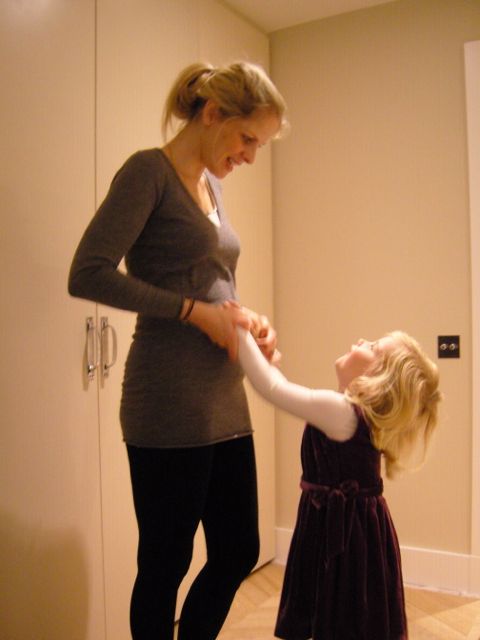 Unfortunately, I have booked the 20 weeks scan a week later than I should have. I kind of miscalculated my dates when initially asked, i.e. I am further along than I had thought I was. A few more days of nail biting and hoping that everything is alright. And a few more days before I can reveal to little L if her dream of a baby sister will come true – or if she’ll have to make do with a baby brother.