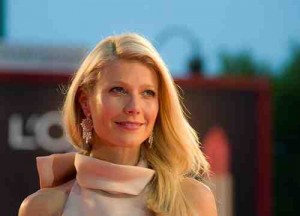 One thing that hasn’t ceased to fascinate me since my first pregnancy is the whole controversy around the term Yummy Mummy. Yah, yah, I know. Chelsea Tractors, housemaids, nannies, personal trainers and private chefs – there’s a bunch of negative connotations coming with it. I never quite got why anyone would be offended by the whole Yummy Mummy thing – after all, who’d say no to a firm bum and some extra help around the house?

I don’t think any mother who coiffed, groomed and worked her tired self ever did so to make other mothers feel inadequate, as some of the media might want us to believe. Most likely, she did so to feel good about herself.

I also don’t think that to be a Yummy Mummy, you have to have access to shitloads of money. Of course, it’s much easier to get into shape if you have a personal trainer, someone to look after your kids and the funds to attend regular salon sessions. But no one stops you from putting on your trainers at the weekend, cook your own, fresh food or do the odd Pilates DVD in front of the TV. Painting your nails is virtually free, and so are spa sessions chez soi (read: at home).

In my point of view, you are a Yummy Mummy if you are looking after yourself – in a spiritual and physical way. I never bought into the concept of sacrificing who you are for motherhood. Of course, motherhood inevitably changes parts of you. For the better, one would hope.

I believe in personal choices, and if someone chooses to sit through a pregnancy on the sofa, munching on chocolate digestives and piling on the pounds, then be it. It’s not surprising to get stretch marks if you put on excessive amounts of weight and/or don’t look after your skin. It’s also not surprising to find it hard to shed the weight afterwards, get into an exercise routine or don’t find clothes that fit. It’s your personal choice to be that way, and no one has the right to judge you for it.* Please just don’t blame it on motherhood or judge those that choose not to emulate your example.

Assuming that someone who looks after themselves is selfish, vain and anything less of a good mother is borderline chauvinistic. After all, we would never judge fit dads, who excel in their careers and manage to look presentable at the same time. So why are we – again – our own worst enemies?