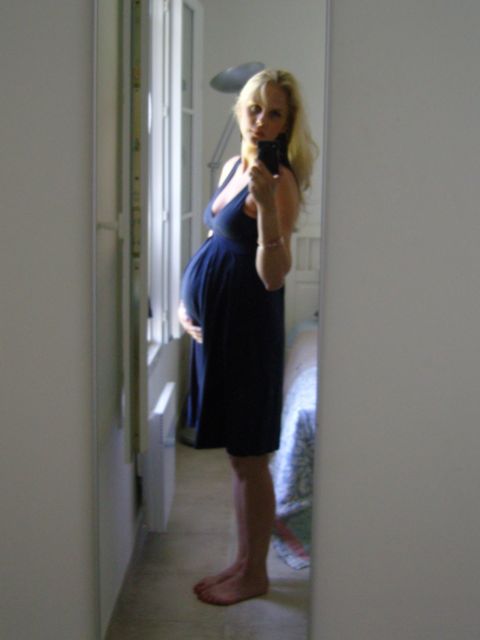 Yikes, I can’t believe I am well into my 29th week already. Where did the time go? It feels as if the magical blue line on that stick only appeared a few days ago; yet I am supposed to hold a newborn baby in my arms in ten weeks time.

I remember people asking me frequently if I hadn’t had enough by now when I was pregnant in my last trimester with little L. I hadn’t. Even at week 42+, I could have gone on a little longer, still feeling fairly mobile and fit. I never reached the ‘baby must get out now’ point. Apart from the very end maybe, when I was desperate for her to make an appearance by herself, rather than being induced.

Again, I find this last phase of pregnancy much more enjoyable than the previous two trimesters. Morning sickness has vanished, the sciatic pain is under control and the bump is visible yet neat and compact. What’s not to love? To top things off, the baby’s movements make sure I am finally very aware of being pregnant as opposed to feeling some kind of ill, and bonding is well on the way. I like the thought of playing house and host to another person, a person I have yet to meet.

I have been told that I would show and put on weight much quicker than the first time, i.e. huffing and puffing would start at a much earlier stage. Thankfully, none of this turned out to be true, and apart from being incredibly tired (sleep is terribly overrated anyway…), I am feeling great. So great, in fact, that I can’t believe all this shall be over so soon.