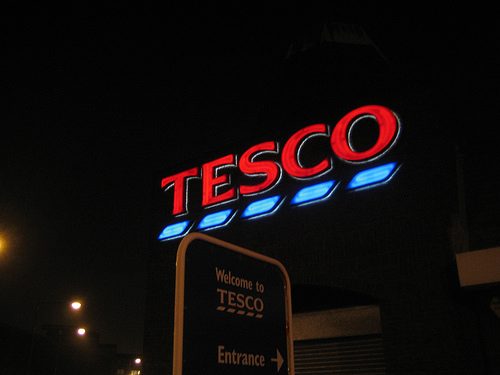 Where it all happened...

The other day at my local supermarket, little L in tow. I was scanning the tinned tomatoes aisle (exciting stuff, I know), when a good looking guy peeked around the corner, checking us out. I had seen him earlier upon entering the store. Our eyes had met and he looked as if he’d been stricken by thunder. I must have reminded him on someone, or – a chilling thought crossed my mind – he fancied my 3-year-old. Looking down at my 8-months-bump I quickly dismissed the third option for his weird behaviour. I mean, come on, who really fancies a pregnant lady? Wait; don’t tell me. I’m not sure I really want to know.

Back to the tomatoes. We made our choice and dropped the tins into our basket, ready to move on. When suddenly, a hushed voice asked: “Excuse me, can I ask you something?”

Sure enough it was the handsome weirdo who had crept up on us.

“Of course,” I said, being too polite and way too curious to say no.

“Are you Scandinavian?” he asked nervously.

“Um, no,” I replied. “I’m Austrian.” My mouth twisted into something resembling a smile. What on earth did he want?

“Oh, my wife is German,” he said and nervously punched keys on his phone. “We have been doing this for a while,” he started, eyes fixed on his telephone. “We are very open like that, you know.”

“Uh-hum”, I replied, shifting my weight from one foot to the other. Oh please. Don’t!

“I can see that you are expecting”, he waffled on, ignoring my hysterical snort of laughter, “but, you know, I thought maybe later? We are not into kinky stuff, or anything,” he said reassuringly, “my wife is good looking and we are only looking for couples…”

“Thanks,” I finally managed to press out, backing off slightly and trying very hard not to burst into a fit of giggles. “But we are really not that open.”

“Oh,” he answered disappointedly, looking me in the eyes for the first time during our bizarre little conversation. “Are you sure?”

“Um – yes!” I rolled my eyes and called my daughter, who, thankfully oblivious to the whole situation, had taken to rearranging baked beans containers on the bottom shelves.

Laughing to myself, I took her hand and pulled her along with me until we had reached the cleaning lane.

“Why are you laughing?” came my daughter’s voice from below.

“I’ll tell you when you are bigger,” I promised and squeezed her hand.