We found out on Tuesday that placenta previa is no longer the case, i.e. baby girl is allowed to cook a little longer than the initially assumed 37 weeks. In fact, we have got a date for her birth, which feels reassuring and weird at the same time.

Baby Pea will be born at just under 39 weeks via C-section. I had decided to have an elective Caesarean long before I fell pregnant. It must have been somewhere between the sadistic midwife, L’s sudden lack of a heartbeat and my own overdose on anaesthetics that the verdict was made: natural birth is not meant for me.

The decision to go private fell pretty soon after I had recovered from “the aftermath”: waking up in the intensive care unit, unable to a) breathe by myself, b) hold my baby or c) even think of feeding her. It took about 12 hours before I was admitted to the ward, right in time for Big M to be shooed out, because visiting hours were over. After about 14 hours in labour, an emergency C-section and 12 hours in the ICU, you would think that this is where my recovery started. But no, it all went further downhill from there.

As I still hadn’t regained control over my arms, I was unable to pick little L up during that night. Every time she started crying, so did I, hoping that one of the nurses would come and help me get her out of her cot. Sometimes they did, sometimes they did not. I felt incredibly bad for the woman opposite me, whom we must have woken up regularly. On the other hand, none of us really would have slept anyway, as the lady in the bed closer to the window kept on shouting “Shut the fuck up!” at her newborn.

At a certain point during that first magical night with my baby L, I must have managed to climb out of bed, gather the little bundle and retreat onto a chair that was standing in the corner.

The next morning, Big M came back to find a sobbing mess with a baby in her arms, sitting on a chair in the corner, rocking back and forth to console the baby (and herself). I hadn’t slept in 48 hours, my fingers still felt numb and according to my husband, I looked like a 60-year-old alcoholic, all puffy and yellow. That’s a double dose of epidurals plus a GA for you. 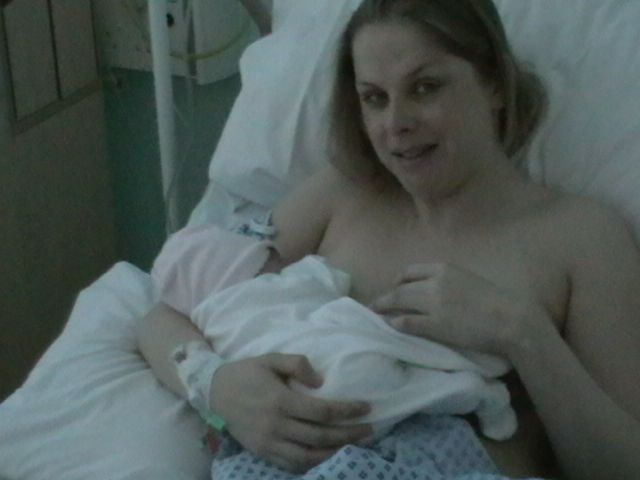 I have no idea what exactly he did or said, but after Big M had disappeared for a few minutes, he came back with two of the nurses, and I was whisked off to a single room.

None of the above makes an attempt at natural childbirth feel worthwhile. Neither do I want to play the NHS lottery again. I have been extremely unlucky with whom I came across during my first pregnancy – I am not taking any chances this time.

I don’t want to talk about VBAC, let alone being forced to have perinatal mental health support, as the new NHS NICE guidelines for elective Caesareans suggest.

I want continuity of care. I want a person whom I trust and whom I have gotten to know over the past months to deliver my baby. I want to be treated with dignity and respect. And I want to make sure that I will be looked after post delivery.

It’s a crime that I have to go private to insure that this is going to happen. And it’s got nothing to do with being “too posh to push”.