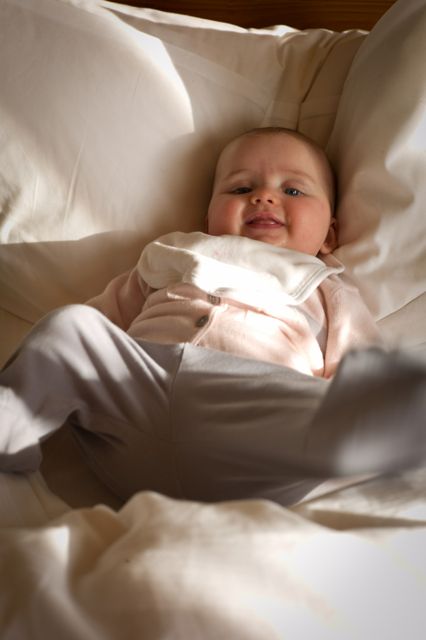 Petite Pea has been six months old this week. I find time has been flying even faster since this gurgling bundle of giggles joined our family. She is growing up too fast, both girls are, and although my heart overflows with mummy pride with every little step they make, I am also bemoaning the fact that the days of babydom are counted. 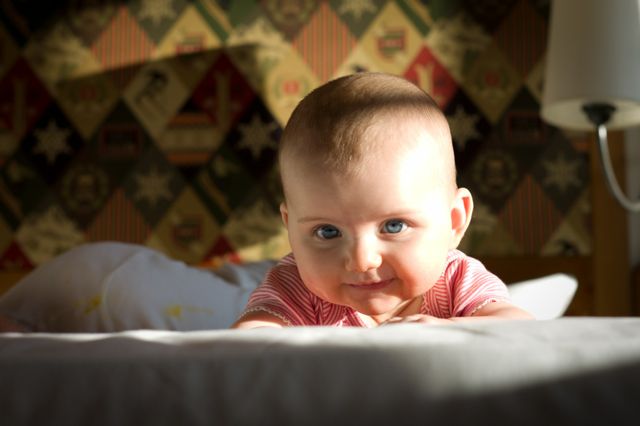 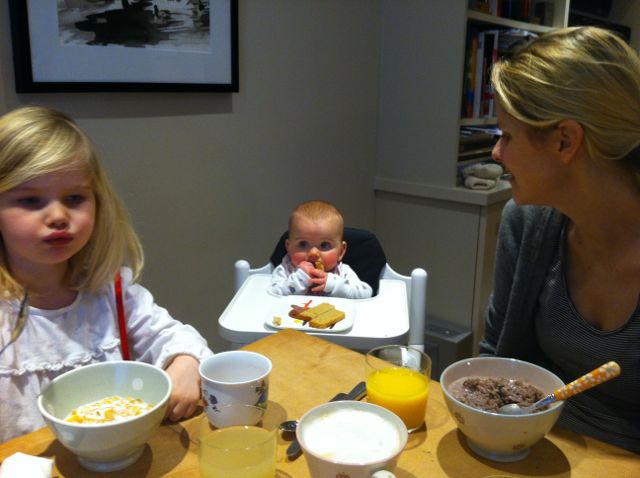 The Pea is such a relaxed little thing – despite all her food allergies (the list is getting longer and longer) and her reflux, she loves food and is determined to feed herself. It’s hard work to get a spoonful of puree into her mouth – apart from mashed banana, which tends to be inhaled in greedy gulps. However, a few baby rice cakes or a piece of cucumber will be gummed down happily and with arm-flapping excitement. 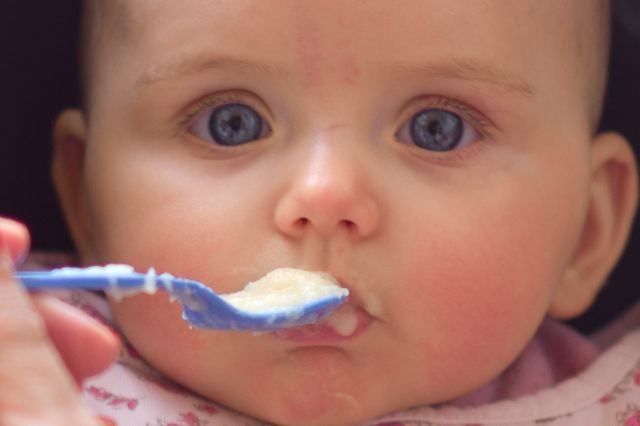 I remember thinking how baby-led weaning was a bit of a joke, really, as Lil’ L used to look at me in bewilderment, when I tried placing bits of food in front of her, waiting for her to tuck in. The Pea, in contrast, doesn’t want to have it any other way. Coming to think of it, she wants it just the way her sister is having it. 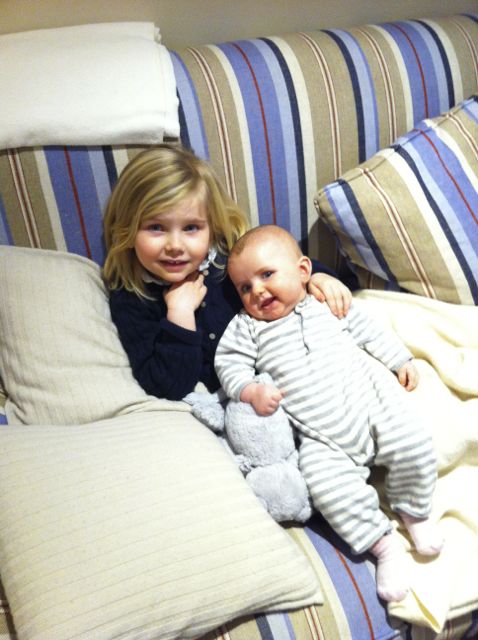 Petite Pea is Lil’ L’s biggest fan. Every move is followed, watched with wide-open blue eyes in utter amazement. If I want a bit of me-time (read: shower), I put the Pea in her bouncy chair in Lil’ L’s room and Lil’ L puts on a show for her baby sister. By the time I get out of the shower, Teddy has gotten married to Barbie Cinderella, Lil’ L turns twirls on the ‘stage’ and the Pea has a hiccup from laughing hysterically.

I am happy and extremely relieved the girls are growing a little closer – and Lil’ L is showing more of an interest in her sister. The beginning was hard. She more or less ignored the baby and resented me for not having my undivided attention any more. Until one day, about two months ago, she declared rather matter-of-factly, ‘I always wanted a baby sister. And now I have got a baby sister.’