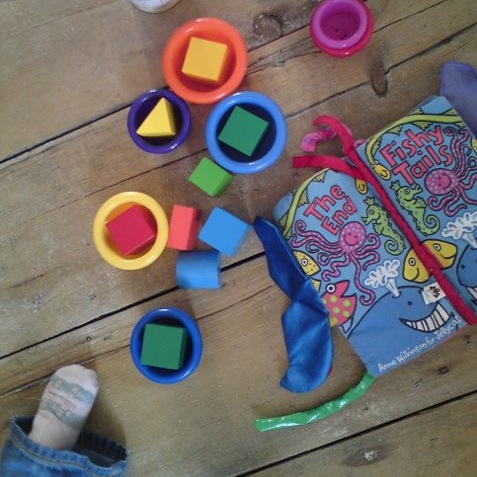 Not enough to make me happy

The beauty of writing things down lies in its cathartic capacities. The beauty of posting these things online lies in a) the advice you get, b) the support you receive and c) the subtle pressure of acting upon it. After I confessed last Thursday, I have read through your comments and emails (thank you!!) and realised a couple of things:

I am far from alone. The majority of women experience some sort of depression after having a baby. And a lot of childfree women do too.

I have indeed grown to anticipate feeling awful once a month – which started to make me feel miserable and anxious for the rest of the month (thanks for pointing this out, Charlotte!).

I did feel better about two months ago. The two big things I did differently then were eating much healthier (I had this superfoods charged Pure Package delivery, remember?) and… breastfeeding!

I can’t believe I didn’t realise this earlier, but my little emotional crash happened pretty much exactly a week after I stopped breastfeeding. It makes total sense now – a sudden drop in hormones, the emotional aspect of weaning… It’s not as common as PND that appears right after having a baby, but it does happen.

I have briefly considered seeing a councillor but scrapped that plan for now. I did plenty of cognitive behavioural therapy after recovering from an eating disorder (one and a half decades ago). I have plenty of tools to help me figure out what makes me happy. In fact, I’ve got so many tools, you could call me the Bob The Builder of CBT.

Unfortunately, motherhood alone does not make me happy. I am trying not to feel guilty about saying this, but I need some sort of mental stimulation that keeps me from, well, going mental. I need to get out of the house. Without children.

I have talked long with Big M about this. Part of the Path to Happiness consists of him putting the girls to bed one evening during the week, without me hovering in the background. Aka I will have a night out that I can spend writing, meeting friends, or picking my nose ad libitum.

I have also decided against getting meds. As my friend Julia pointed out, clinical depression doesn’t show up once a month at a set time. It seems wrong to take medication everyday for something that’s only a problem during a couple of days out of 30. I am particularly weary of taking hormones (as in the previously prescribed Cyclogest), as a member of my close family has been battling hormone related breast cancer.

However, I am starting a long list of supplements as soon as they arrive in the post. I have seen a Kinesiologist – a lovely lady who has helped me before; during and after both my pregnancies. I would prefer to get all I need through healthy and scrumptious foods alone, but unfortunately, this isn’t going to happen anytime soon.

And last but not least – the Pea will start three mornings of nursery as soon as she turns a year old in September. Which will give me some much needed time to put towards freelance work and writing.

Light is definitely on the horizon.