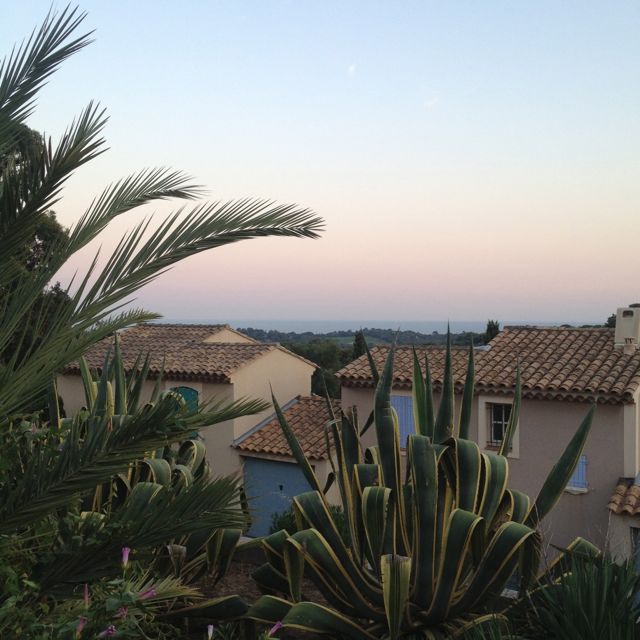 After we endured Le Grand Schlepp aka 16 hours of driving to St. Tropez, I exited our car sans any feeling in my legs but avec a wealth of newly accumulated completely useless wisdom:

I also had a few lightbulb moments like feeding the kids bananas in the car is a crap idea, but you can’t really call that wisdom. Once the dark brown stains of concrete quality are scrubbed out of the Maxi Cosy’s fabric, I am going to forget about the incident and repeat my mistake next year. What can I say, I am a creature of habit.

A mistake I am not going to make again is renting this house. Upon our arrival, the door lock conked out. According to the lady who let us in, the lock had made problems since the previous summer. No, I don’t know either why you would want to wait to fix it until it completely gave up – ideally when someone rents the house from you for a lot of money. A handyman had swiftly been called on Saturday, who screwed the door to its frame. ‘At least it’s secure now.’ Well, thanks for nothing.

I have spent the past five days waiting for a textbook rude builder to come back with a new lock, whilst only been able to exit the house via the back door and an extremely steep path down the hill. Impossible with babe in arms and small child on hand. With Big M in London, I have more or less been stuck in this house that could do with more than a bit of TLC and a lick of paint. And to add insult to injury, this is also the most expensive house I ever rented in the South of France. Ouch.

Whilst typing this, the kitchen lamp fell off the ceiling and landed with a thump on the floor.