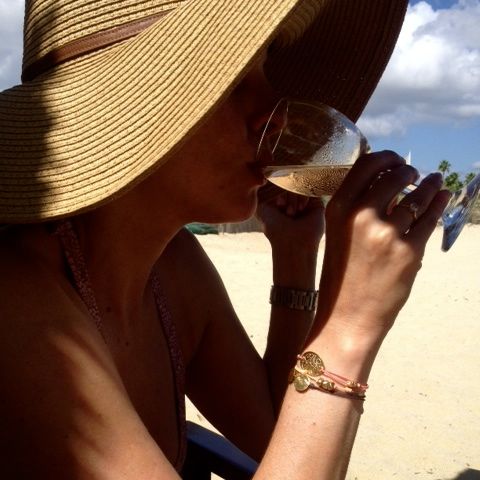 I’m back and with me I brought some arm candy. No, not of that kind, silly! Of the blingy kind.

It has become something of a summer vacation tradition to buy a couple of GAS bijoux bracelets and put them on right there in the little shop on Quai Suffren. With the great exception of a C-section, I only take them off when they are going to be replaced the following year.

My GAS bracelets have become part of me like other people wear piercings (I imagine). I just can’t see myself going through daily life without the gentle dangling sound coming from my right wrist. 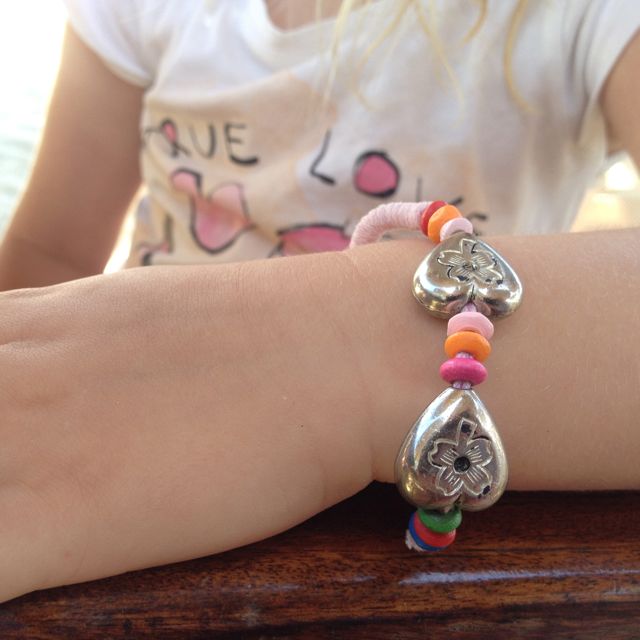 The kiddie version. €2 a pop at the beach

In other news: Lil L’ will start Ecole Maternelle on Monday. The French version of Primary School is significantly more relaxed than its English counterpart, and as we spend so much time in France, this feels like the right choice. Petite Pea is settling in nicely at nursery – three mornings of freedom, world domination here I come, woohooo. Coming to think of it, three mornings = nine hours net, minus one morning for working out = six hours net… Let me reconsider the whole world domination thing…