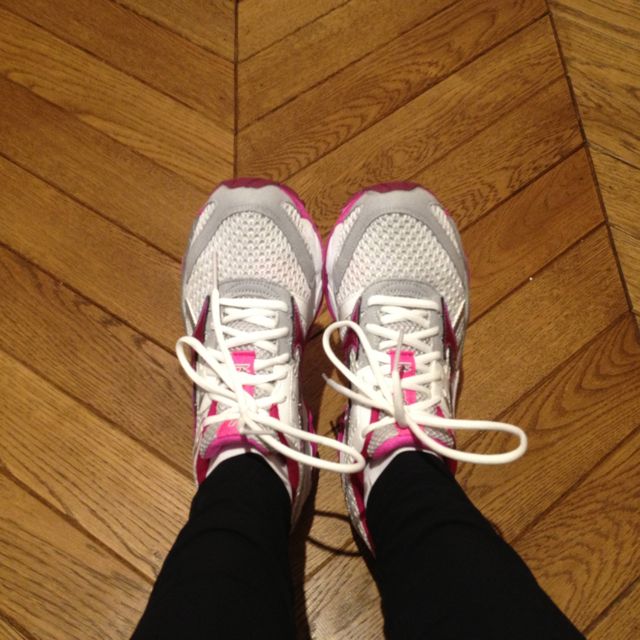 I’ve got a lot on my mind at the moment; stuff I would love to talk about but really can’t. Stuff I’d love to get away from sometimes. So much that it’s driven me to extremes: I have taken up running again.

I used to love running. I would run in the rain, in the snow, on ice and under the scorching hot sun. You can run in almost any weather, and apart from the initial cost of trainers and a pair of good socks (=no blisters!), it’s for free.

I love being outdoors, I love working up a sweat, and I love the aspect of getting away from things. Running is running away in the best sense of the word. The repetitiveness of running is also very calming. Running is meditation for hyperactive people.

My love affair with running used to be profound. Until I became pregnant.

I had a baby, became pregnant again, had another baby and somewhere between moving house twice, wiping bottoms and clinging on to who I am, my running shoes got lost.

I bought a new pair. They are shiny and squishy and make you feel like jumping on a cloud. They are also a little bit neon pink and a fit bloke told me they’d be good for me.

In the past two weeks, I have been out running three times and will be out again tomorrow morning. It clears my head like nothing else can.

When in doubt: run.