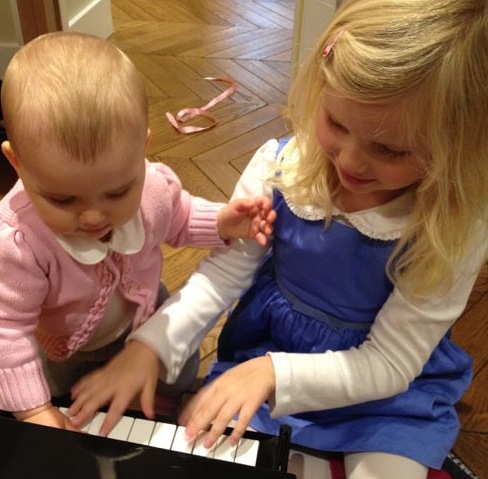 After 15 months of virtually no sleep, my friend D and his wife decided to call in the big guns: a sleep trainer had been appointed, and finally, rest returned to the sleep deprived family.

I an attempt to be funny, I suggested to the panda-eyed father that now would be a good time to get #2 going – only to be almost knocked over by his answer, yes, the question was definitely out there. With a pleading look in his eyes he asked me “how hard can it really get?”

We have been unlucky in the way that the Pea has been ill for the first three months, not sleeping and not feeding properly. But in the grand scheme of things, we have been incredibly lucky, of course. A spot of undiagnosed reflux is annoying but a far stretch from being a serious problem. And as soon as she was on the meds, we all started to get better.

Still, having number two was so much harder than I could have ever imagined. Emotionally, I found it much easier to adjust to adding another child to the family than the adjustment from no child to one child; but I haven’t been prepared for a long list of side effects nobody seems to tell you about. Like: