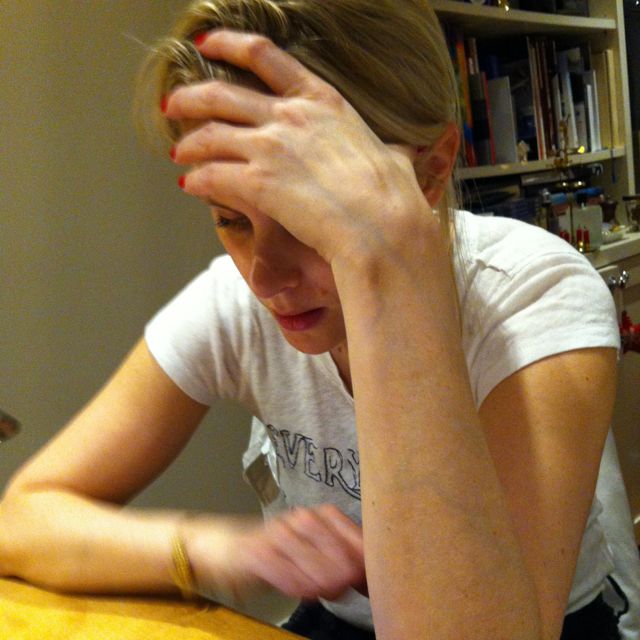 Do you remember that novel I wrote a while ago? Well, it’s still not published. Surprisingly, getting published is a   S   L   O   W   process.

It’s what everybody tells you, but chances are, you are not going to believe it until it happens to you. Not because you thought you were superior to the millions of writers that are trying to have a break. Just because you hoped you’d be lucky.

Because lucky you were, when you discovered that you could still write, after all that time crunching numbers. Not to speak of the luck that was involved in finding an agent you actually enjoy working with.

Everybody tells you that as an unpublished author, it’s incredibly hard to get published the traditional way. Unless you are

a) THE new literary talent (which I am not)

b) Kim Kardashian or

c) in possession of an advantageous marketing tool, for example an established blog with a loyal follower base.

The latter would apply (thank you, guys!), had the novel anything to do with motherhood. It hasn’t. It’s the story of an independent lady in her late twenties whose least concern is having a baby. So no, no noteworthy marketing advantage here.

Publishers’ feedback on the novel overall was positive – but more than once the question was raised if I couldn’t build in a baby (noooooo!) or maybe come up with a sequel that could see the main character pregnant? I tried. I have written the outline to that sequel. I really got into it again and loved the process of writing it, seeing my characters evolve, move on and grow up. However, I just couldn’t impregnate my heroine. I don’t know where this aversion of writing about babies stems from – maybe because writing is my little escape from the mundane necessities. I really don’t want to write about poo nappies. Or read about them.

However, one thing I do enjoy reading is non-fiction books about motherhood, especially the ones that look at motherhood from a feminist angle. And so in one of the many meetings with agent Adrian and his team, the idea of a non-fiction book on motherhood was born. I have been working on it for quite some time now, and I am really happy with where it’s going. We are currently talking with a publisher about a possible deal – fingers crossed, please! And if it doesn’t work out… I guess I’ll just buckle up and prepare myself for another long journey on that eternal road.