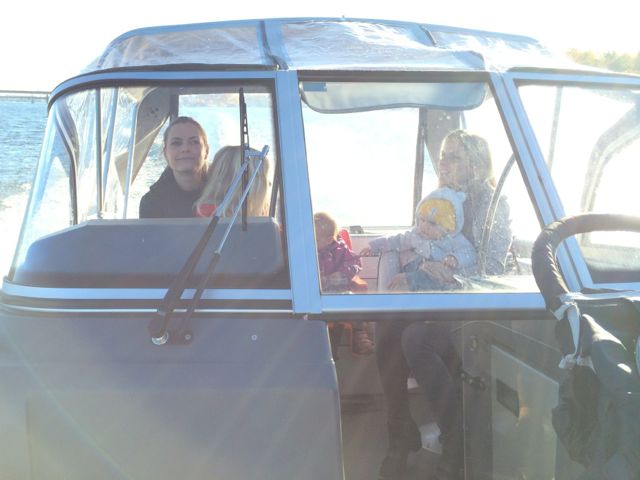 My friend, her boat, and all our children

It’s been a long time coming. A Swedish husband, an on-going love affair with kanelbullar, a holiday house in the making, a best friend only minutes away from said house… After years of talking about it, we finally made a decision and are going to take the plunge: We are moving to Sweden!

I would love to say I am through with London, but that’s not the case. I still love London with all its grime, its overpriced housing market and the fact that your nose produces black snot, once you have used the tube. No doubt where I would choose to live without children.

However, as a family, Sweden makes so much more sense. Apart from the best friend and my penchant for yeast pastries with cinnamon, Sweden also means more time for us. Less hours spent commuting, fathers who are not only wanted but expected to play an active role in family life, and a society that makes this possible.

I love Sweden for its egalitarian society. As a mother of two girls, I don’t have to worry as much that they are going to be treated equally compared to their male peers.

Saying goodbye from London after nine and a half years feels relatively easy. Maybe that’s because Stockholm doesn’t really mean moving to the country. Or maybe that’s because it isn’t an absolute goodbye. Given that I’ll get into the yoga teacher training I applied for, I am going to be in London once a month for a weekend. Without kids. *cheers secretly* Best of all worlds, really.