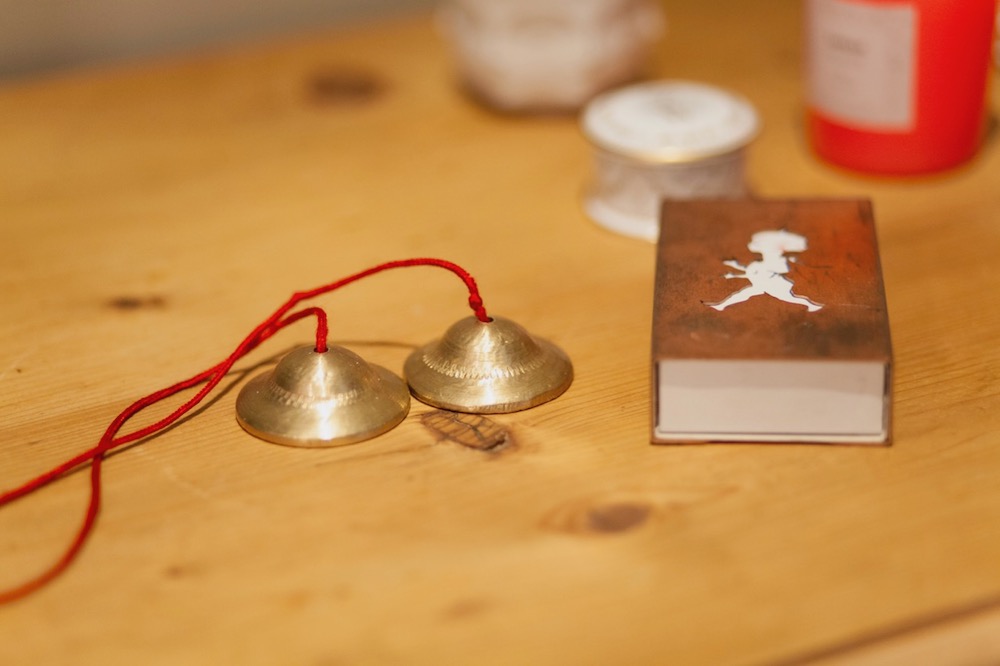 If you have tried yoga, you most likely have come across mantra chanting at some point.

I love chanting mantras. While singing is fun (especially if no one’s listening ;-)), there is something incredibly soothing, sometimes even magical about chanting.

Traditionally repeated at odd numbers (3, 5, 7, …) or at a multiple of 9 (108 is a common choice), a mantra develops a meditative repetitiveness after a couple of reiterations, allowing the singer to become the listener. If you allow, it, there is a slow shift of focus from the vocal cords to the heart. In yoga practice, especially in Tantra, a mantra is the sound that has the power to take you to a level of deeper awareness. Once we let go of the actual word we are chanting, the deeper meaning of a mantra can expand.

Bhartrhari, a grammarian who lived around the 5th/6th century CE, laid out the basis for the system of practice and use of mantra; he described the primordial sound Om as the source of the entire universe. His main teachings about the nature of the world evolve around the idea that Brahman, or the Absolute, manifests in the form of sound and vibration. Bharthari describes language as the key to the innermost source of the universe. If we are able to pursue a mantra to the source, we will find ourselves in sabdabrahman, i.e. the Absolute that manifests itself in the form of sound and vibration.

But even if some or all of the above rings a little Chinese to your ears – there’s another aspect to mantras that makes giving chanting a go worthwhile: the deeper inhale and prolonged exhale is extremely soothing to the nervous system.

Bearing in mind that we expel up to 70% of our body’s toxins through the breath, chanting a mantra can help to quite literally ‘let it all go.’ And as much as you might dislike listening to your own voice, sometimes becoming aware of having a voice can be very reassuring, particularly in times of stress and anxiety, or when you feel slightly detached from your inner voice.

So, the next time your yoga teacher suggests a mantra, go with it! Or if you’d like to try for yourself, look up your favourite mantra on youtube and chant along. Then try by yourself.