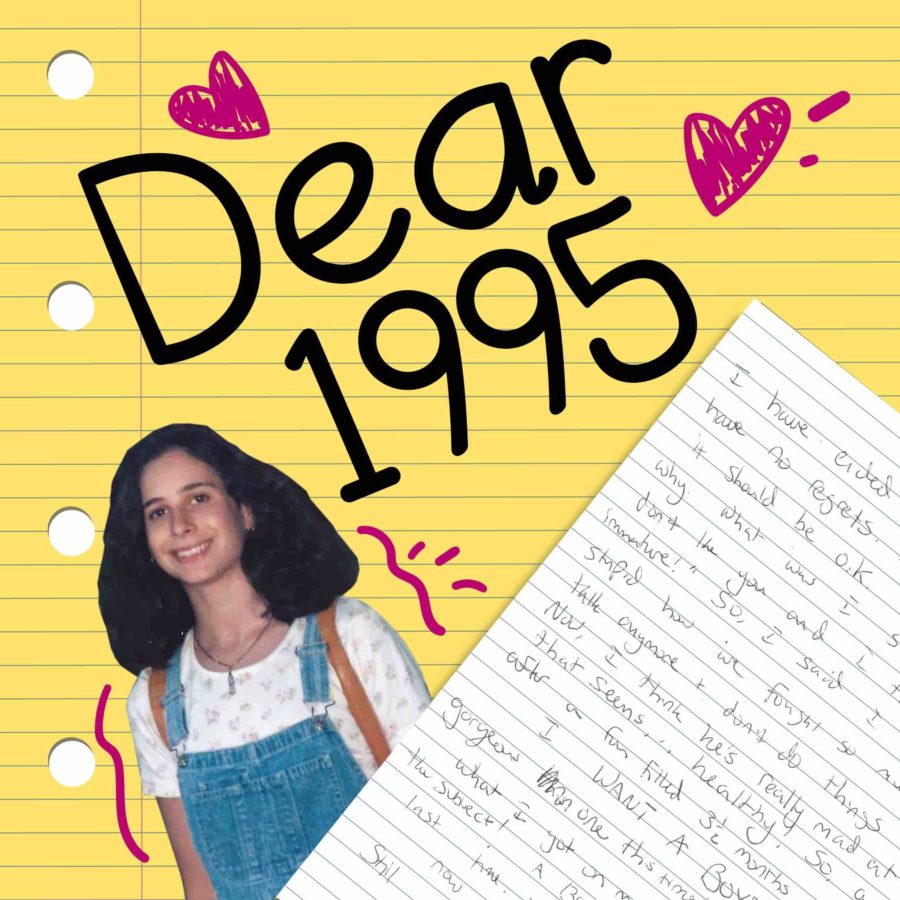 Remember 1995 and the years leading up to it? Those were the years of my late teens – years interspersed with teenage angst, first loves and first (very awkward) sex. Sadly, my diaries of that time, which came close to an encyclopedia with its ten or so volumes, are lost. At some point (it might even have been 1995!), I used to share a flat with a guy who had set eyes on me. In return for his unreciprocated advances, he kept a box with my very personal belongings. Creep.

I think it was Lou who first pointed me towards Gwen’s and Brook’s hilarious podcast Dear 1995. It has become my go-to pick me up, and I literally can’t wait for it to drop on Wednesdays. It is now on its second season, and I urge you to go back to season one and listen to it from start to finish.

This is what the hosts say:

The diary covers everything from your average teenage angst to a first kiss. Gwen and Brooke delve deep into the roots of the teenage mind and how it relates back to them now as parents and, empowered women who maybe question a few of those lunch time back seat blow jobs in 1996.

Dear 1995 is for teenagers and parents who can relate, Gen X and Yers who remember when Ross told Rachel she was his lobster and Millennials who think they remember, but actually just watched it for the first time on Netflix. It’s filled with references to favourite ‘90s essentials like mix tapes, beepers, getting film developed and 1990 throw-back tunes.

Maybe the best thing about them is listening together with a friend (hello, Jess!) and dissecting them one by one, throwing in your own memories of those gloriously grungy years. Happy listening!