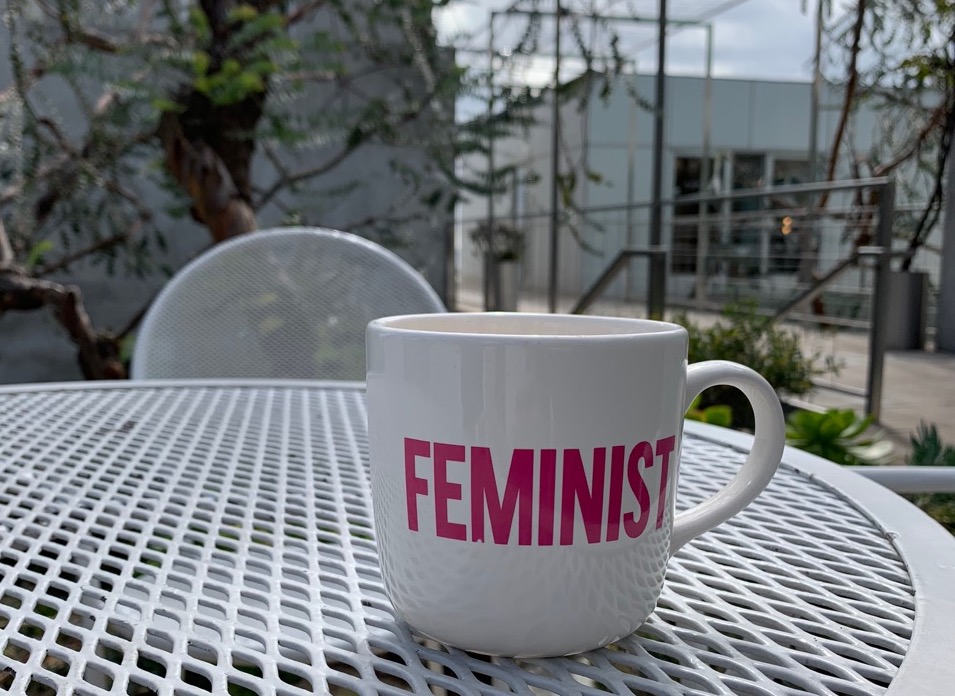 Growing up as the daughter of a second wave feminist in the 1970s, I never once doubted that I would become the strong, independent woman I was destined to be. Fast forward a couple of decades, two children and five moves across countries and continents, and I feel like I failed. I failed myself, my upbringing, and if life continues as it is, I am going to fail my daughters.

It is difficult to have a consistent career if you are moving countries every couple of years, and if the (unpaid and mostly underappreciated) job of making a home, dealing with school issues and everything else child-related always (magically) lands in your lap. Isn’t it weird how guys don’t seem to be able to do their own laundry, see the dust on the floor or go grocery shopping as soon as they live with a woman? How do we all slowly morph into their mums?!

Mothering your partner might feel ok as long as you feel that you are building a future together, but as soon as there is a bump in the road, you might start to question your decision to put your own life on hold while looking after others.

During the last ten years, my career had to wrap around the needs of my family. Anything I attempted on the job front had to fit in with school hours and holiday times. Running a yoga studio has only been possible because my husband has been on gardening leave for a good chunk of it, and because the Swedish school and childcare system is hands down amazing.

Childcare in the U.S., however, is a totally different story.

But my frustration doesn’t really stem from afternoon clubs or the lack thereof. I am frustrated that I have walked into the classic mummy-trap. With my eyes wide open! Despite having worked, even despite having run a bloody yoga studio (for crying out loud!) during those last ten years, my career has not really been a priority. And it should have been. Don’t get me wrong. I am more than grateful that I had that time with my daughters, and that we’ve built the relationship we’ve got today. But I should have kept a foot in the corporate world to keep myself independent without having to start yet another business on my own. Because, what do you do when people tell you you have been away for too long to return? You start your own thing and show them, of course. But I’d rather not.

It always takes two to tango, and in our case, it’s been an unhealthy dance of one person not making her ask strongly enough and the other one overlooking wants and needs for their own benefit. Not out of malicious intend – but because it’s been easy to do so. And for a long time, this felt ok.

Of course, I wouldn’t be in this position had we stayed in Sweden. I’d still be running the yoga studio, not once questioning my role in the world of work. But I am not anymore, and I am glad that we made this move for a variety of reasons. I guess my intense frustration is both that of a person who just sold her business, realising that her entrepreneurial spirit is not worth much in the corporate world (funny how they always ask for that though, right?), and that of a person who has not-so-little-kids anymore and is desperate to get back to work.

What this is not is a lack of confidence in my own skills. I know that I have learned more than I could have ever learned would I have stuck to a ‘classic’ career. Running your own show takes way more guts, agility and strong mindedness than to sit it out in a cushy corporate job – and maybe it’s exactly this knowledge that makes me less desirable as a potential employee.

While I am not pleased to see that changing sheets, cooking dinners and tackling the laundry mountain unasked seems to be my responsibility by default (or sex?), I am mostly mad at myself for not having had more of a plan. I have allowed all of this to happen.

My approach to career planning has been ‘keep your eyes open and grab opportunities when you see them.’ Going with the flow worked just fine for me so far. I never thought that the flow would take me down a dark tunnel that so far has no lighted end in sight.

While I am waiting for my work permit to come through, I will be busy doing up the house we just bought. I try to talk myself into believing it’s a job, after all, there’ll be value added and I’ve done it a couple of times before (and it is definitely fulltime consuming incl. nightshifts to kit out bathrooms). And it’s time well spent, as the whole permit thing can take three to four months (adding to the frustration!).

But between tile shopping and visits to the lumberyard, I will have to come up with a plan, meet people, put myself out there again (YIKES) and chase what I want. Wish me luck!